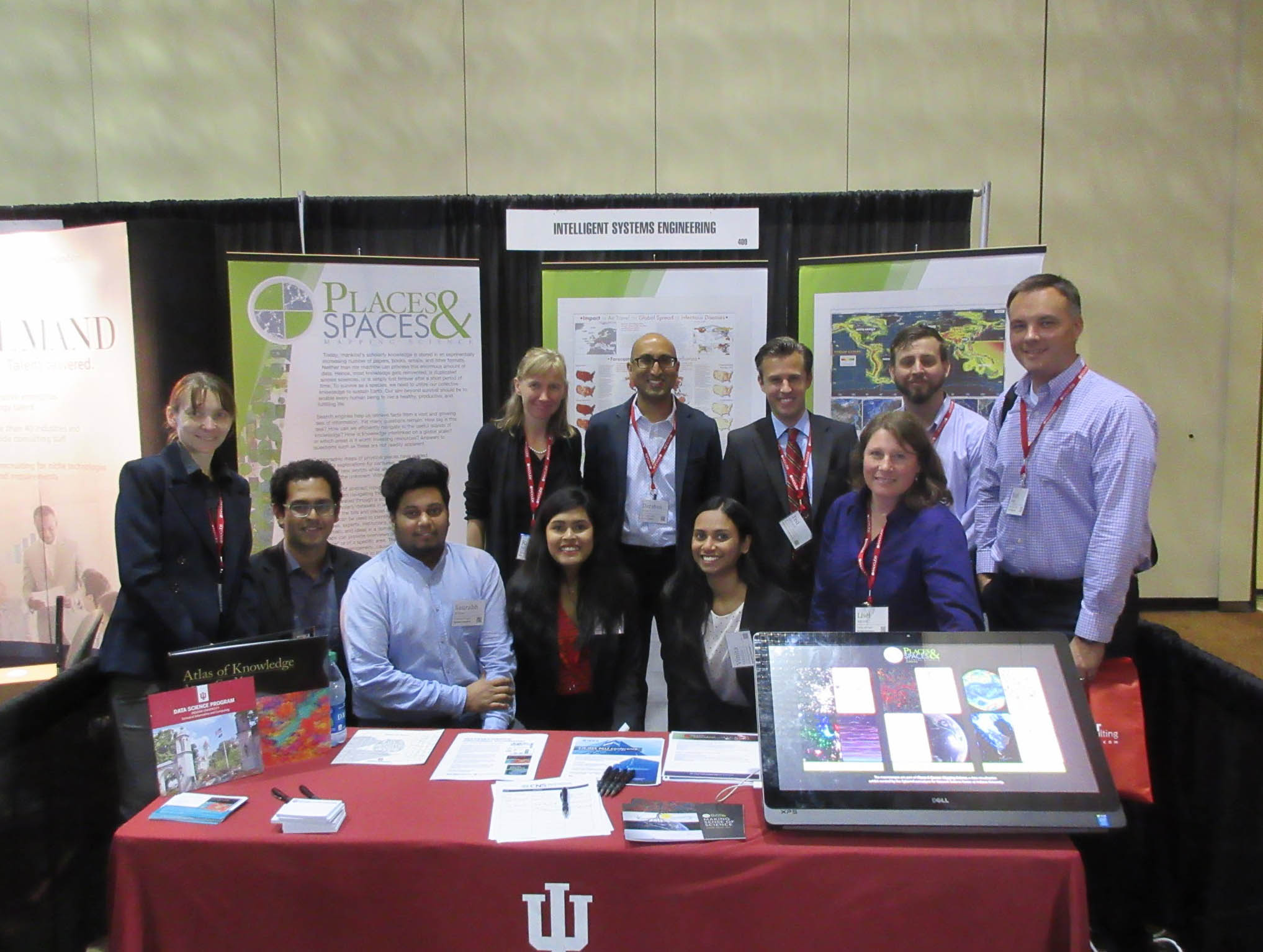 Solving the opioid addiction crisis is one of the critical priorities for the state of Indiana. Students from the School of Informatics, Computing, and Engineering want to help.

Five students from the Cyberinfrastructure for Network Science (CNS) Center at SICE participated in the Indy Big Data Conference 2017 Visualization Challenge, which asked participants to track Indiana’s highest area of opioid abuse and identify up to 10 contributing factors to the abuse using data sets provided by the conference. The challenge looked for animations, heat maps, or other visualizations that could illustrate the highest areas of opioid abuse to leaders in the state of Indiana.

“Data visualization is one of the most powerful tools at our disposal when it comes to identifying problems and guiding pathways to solutions,” said Katy Börner, Victor H. Yngve Professor and director of the CNS Center, who also is one of the supervisors of the project. “The opioid problem is one that really impacts communities, and providing a meaningful illustration of the current state of opioid abuse in Indiana will help inform government and other officials of the factors contributing to the epidemic.”

The lead of the project was Jivitesh Poojary, a master’s student in data science. He was joined by four fellow graduate students from SICE, Ashwed Patil (information science), Nilima Sahoo (data science), Vinita Chakilam (data science), and Sreya Chakrabarti (data science), and Saurabh Kumar from IUPUI. Using data provided by the Indy Big Data Conference 2017 Visualization Challenge and data from STATS, the U.S. Census, and other sources, the group created graphics illustrating the increase in drug poisoning deaths from 1999-2014, the reasons for the drug poisoning deaths, the number of drug deaths in the United States compared to the state of Indiana, the location of substance abuse facilities, and the ratio of opioid prescriptions to drug-related deaths.

Poojary presented the visualizations at the conference through a slideshow titled “Reproducible Visual Analytics of Public Opioid Data.”

“This project was an opportunity for us to understand an issue which has effected thousands of families in the state of Indiana and the country,” Poojary said. “It allowed me to apply the skills I have developed in my coursework at SICE and while working at CNS, and we hope our visualizations will give the diverse decision makers actionable insights for addressing the opioid epidemic.”

The information gleaned from the Visualization Challenge will be critical going forward in the wake of legislation passed by the Indiana General Assembly earlier this year. House Bill 1470, also known as the Open Data Bill, codifies the open sharing of information between agencies and promotes the use of data to guide policy.

“Data-driven decision making allows us to make better-informed policy decisions and improve services and programs,” said Darshan Shah, chief data officer of the state of Indiana and the executive director of the state’s Management Performance Hub. “But, more importantly, we have to continue to make sure we are efficient with our resources while driving better policy decisions and improved services and programs.”

Poojary also had the opportunity to speak to Jim McClelland, the Indiana executive director for drug treatment, prevention and enforcement, and the CNS will continue its collaboration with state officials on ways to present information about the opioid epidemic.

For more information on the CNS, visit the center’s website.