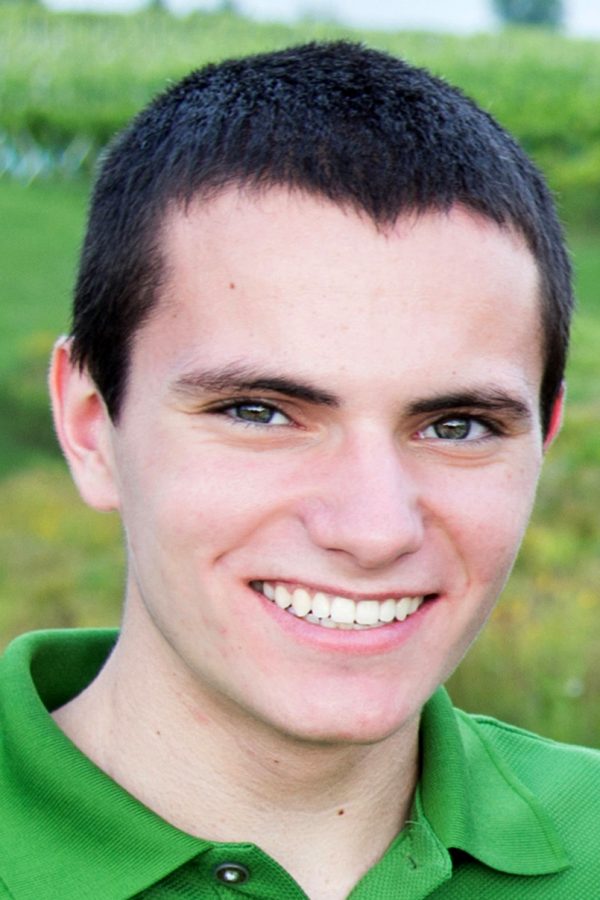 This prestigious scholarship provides up to $7,500 per year for eligible educational expenses to students who excel in academics and who plan to pursue research careers in science, mathematics, engineering and computer disciplines.

“My congratulations go to Scott and Sarah on their recognition from the prestigious Goldwater Foundation,” said Chancellor Carol L. Folt. “They are prefect examples of the next generation of innovative researchers and problem solvers who will make an impact on a global scale. The diversity of their research — in areas ranging from visualization of microbiome data to non-coding RNA in embryonic stem cells — sets them apart as pioneers who will help create scientific breakthroughs.”

For 2017, the foundation selected 240 scholarship recipients. Emmons, Gray, and Miller were chosen from a field of 1,286 students who were nominated by 470 colleges and universities nationwide.

“We are thrilled that these three exceptional students have been selected by the Goldwater Foundation,” said Inger Brodey, director of the Office of Distinguished Scholarships. “Their exceptional academic qualifications and substantial practical research experiences exemplify the type of groundbreaking leadership we seek to nurture at Carolina.”

Emmons, 20, is a sophomore from Bloomington, Ind., majoring in computer science and mathematics in the College of Arts and Sciences. He is a Robertson Scholar and an Honors Carolina student.

At Carolina, Emmons has done research in visualization of microbiome data, and is now researching in the mathematics department on network theory. He spent last summer teaching middle school math in the Mississippi delta.

While still in high school, Scott Emmons co-founded Sparq Creative Solutions, LLC to help small business owners organize their resources and target them efficiently. He plans to pursue a Ph.D. in Computer Science and conduct research in network sciences and teach at the university level.

Miller, 20, is a junior from Wilmington, majoring in chemistry in the College of Arts and Sciences with a business administration minor in the Kenan-Flagler Business School.

She has been doing research on a non-coding RNA that regulates the transition to a differentiated (non-stem cell) fate in embryonic stem cells. She expects to be able to publish this work in the coming year.

Miller plans to pursue a M.D. and a Ph.D. in epigenetics and hopes to conduct research regarding long non-coding RNA. Her goal is to be principal investigator in a laboratory at a research university’s school of medicine, investigating epigenetic influences of certain RNA as they relate to human health.

Joshua Gray, a third-year student from Raleigh, was awarded an Honorable Mention.

Congress established the Goldwater scholarship program in 1986 to honor the late Barry M. Goldwater of Arizona who served in the U.S. Senate for 30 years. The first awards were given in 1989.