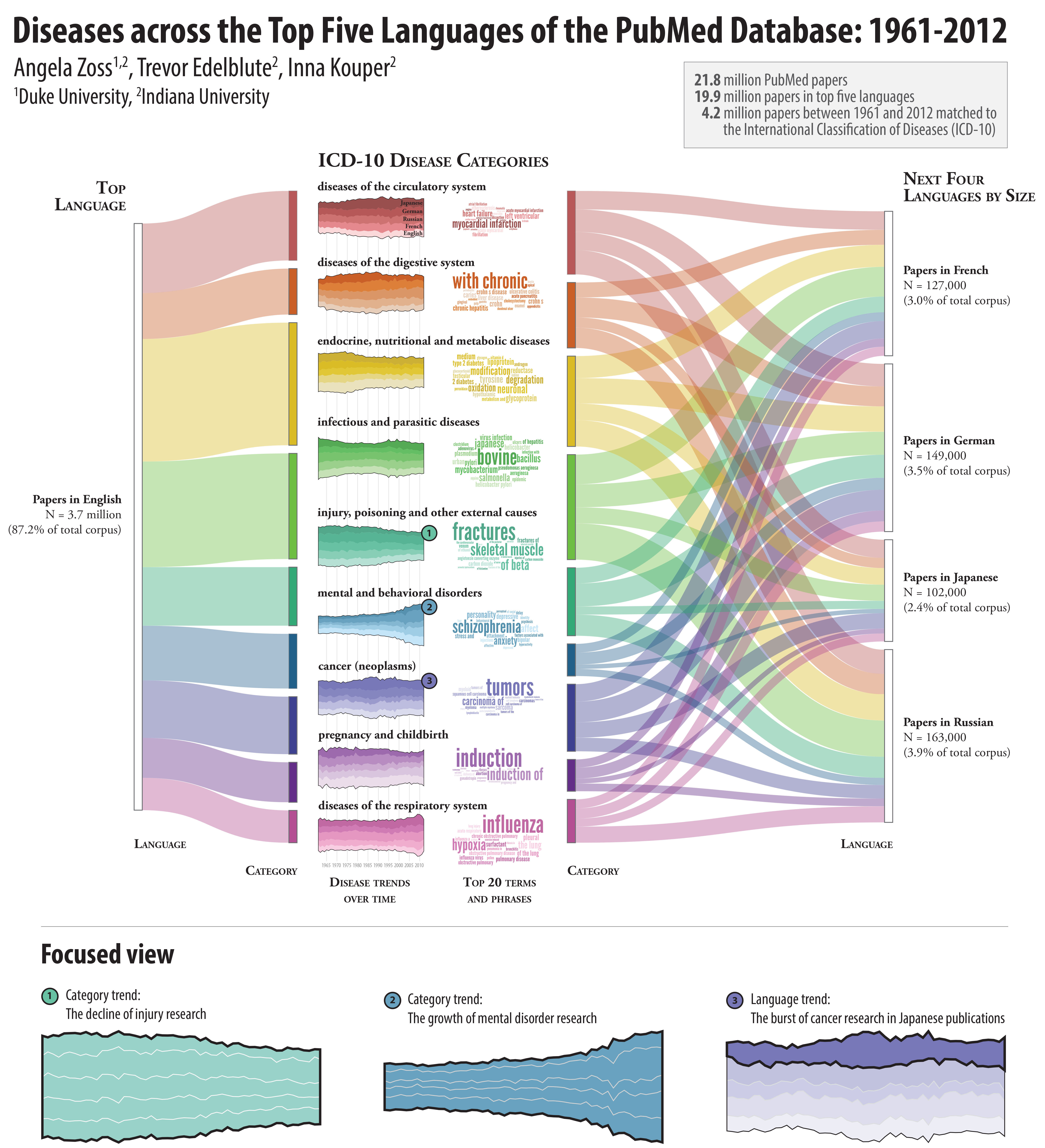 The following article was originally published by SoIC News. Read the original article here, or download a PDF of the article here.

The IU-led team focused their visualization project on diseases in the biomedical literature in English, French, German, Japanese and Russian between 1961 and 2012. Using a database maintained by the U.S. National Library of Medicine (NLM) at the National Institutes of Health (NIH), they mapped and visualized the titles of articles retrieved from the MEDLINE/PubMed database.

The initial dataset, compiled from the Scholarly Database hosted by the Cyberinfrastructure for Network Science Center in the IU Department of Information and Library Science, contained over 21,000,000 records and covered a time period between 1809 and 2013. After correcting erroneous or incomplete entries and noting a sparseness of publications during certain date ranges and languages, the team narrowed their sample to articles that were published in the top five languages between 1961 and 2012. They then developed a classifier to match publication titles to a comprehensive disease classification system, which resulted in 4.24 million publications being classified into nine broad disease categories.

The winning team was invited to present a poster of their project as well as participate in a Pecha Kucha presentation at the conference sessions.

About ACM Web Science Conference
Web Science studies the vast information network of people, communities, organizations, applications, and policies that shape and are shaped by the Web, the largest artifact constructed by humans in history. Computing, physical and social sciences come together, complementing each other in understanding how the Web affects our interactions and behaviors.