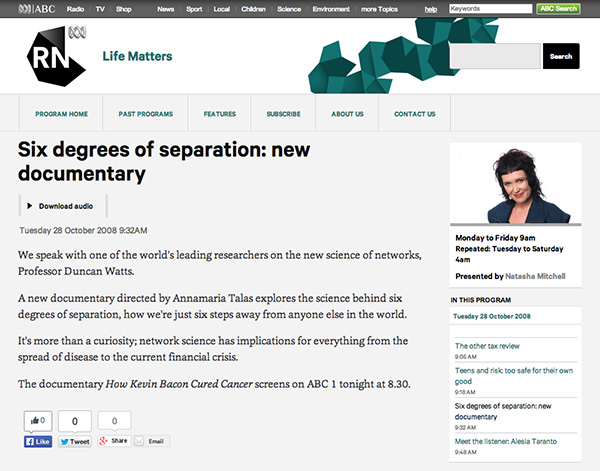 The following is an article from the Australian Broadcasting Corporation. Read the original article on the web here, or download a PDF of the article here.

We speak with one of the world's leading researchers on the new science of networks, Professor Duncan Watts.

A new documentary directed by Annamaria Talas explores the science behind six degrees of separation, how we're just six steps away from anyone else in the world.

It's more than a curiosity; network science has implications for everything from the spread of disease to the current financial crisis.

The documentary How Kevin Bacon Cured Cancer screens on ABC 1 tonight at 8.30.